MahaBrahmrishi Shree Kumar Swamiji is an internationally acclaimed spiritual power of this century. His message of interfaith harmony is simple, precise and focused on welfare of the whole humanity. He acquired the ancient secrets after severe penance of several years and by taking refuge unto various spiritual masters. After He realized benefits from these scriptural secrets, He thought of delivering them in simple practicable form to the masses of the entire world. The modern science is welcome to examine the effects and benefits being realized by the brothers and sisters through the practice of these ancient secrets.

“Gurudev” as His Holiness is popularly called by his followers, has extensively traveled the globe with a mission to instill the virtues of equality and brotherhood in the people belonging to different religions. Through his Conventions in several countries in Asia, North America, Europe, Africa and Middle East, He has spread the message of equality, brotherhood and human welfare amongst people belonging to different religions including providing divine Beej Mantras for redemption from all kinds of miseries. His Conventions draw people from all walks of life including intellectuals, political leaders, film personalities, bureaucrats, medical practitioners and scientists.

Sole purpose of working for the upliftment of each and every individual irrespective of caste, religion or any such distinction

A global family 310 million strong, and getting stronger day by day.

Divine Paath , Solution for everything

The first Prabhu Kripa ‘Shibir’ (Samagam) was around the corner. News spread and accordingly there were telephone calls at Arihanta office and assurances that 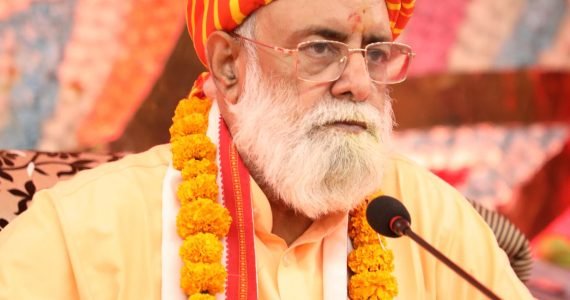 Until I wish, no one can recognise me…

The sixth Prabhu Kripa Samagam was decided to be held close to Holi on 19th March, 2003 at Kirti Nagar in Delhi. A few 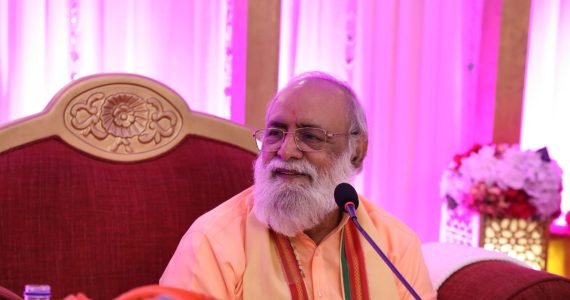 This is a great challenge for our astrological science. If in a person’s hand, there are no lines for luck, wealth, fame or even 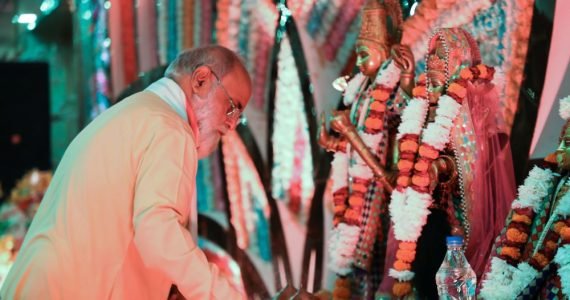 Why people are losing faith in saints…

In Ahmedabad on 22nd – 23rd November, 2003, the 16th Prabhu Kripa Samagam was organised. On its completion such an incident occurred, where some

Travelling along the spiritual path with Gurudev, there have been many experiences where many a times outwardly, it has been seen that Gurudev would

“Whoever is not pure in mind about the movement of the Dham will get itching…. I have not established Dham for financial gains…”

The process of Prabhu Kripa Samagam started in December, 2002. Till then “Ayurvigyan ke Rahasya” had completed its 200 days on Aastha Channel. In The golden year which marked the establishment of the religious and charitable organization Bhagwan Shree Lakshmi Narayan Dham, by its founder Revered His Holiness Brahmrishi Shree Kumar Swami Ji. With the sole purpose of working for the upliftment of each and every individual irrespective of caste, religion or any such distinction, Bhagwan Shree Lakshmi Narayan Dham through the loving care and support of its millions of followers across the globe has been working tirelessly to cater for the poor, feed the hungry, treat the sick, educate the illiterate and provide shelter to the homeless - all of this made possible only by the divine grace of the Mother Goddess Durga. The same year, Brahmrishi Shree Kumar Swami Ji was also bestowed with the prestigious 'Dhanwantari Award' by Ch. Prem Singh, the then speaker of Delhi Legislative assembly, and 'All India Hakim Ajmal Khan Award' by Sh. Rajnath Singh, who is currently serving as the Defence Minister of India.

A saint by his very nature, the year 2010 saw His Holiness being accorded with the honorific rank of 'Mahamandaleshwar' - a title given only to a saint who has been elevated to the highest level of spiritual guardianship of the eternal Sanatana Dharma. His Holiness hails from the Niranjani Akhara, the second largest and amongst the oldest Akharas in India. Brahmrishi Shree Kumar Swami Ji is the only officially accorded Mahamandaleshwar in the world who is both a household as well as a renunciate.

His Holiness Brahmrishi Shree Kumar Swami Ji through the years, has demonstrated a selfless commitment to the community